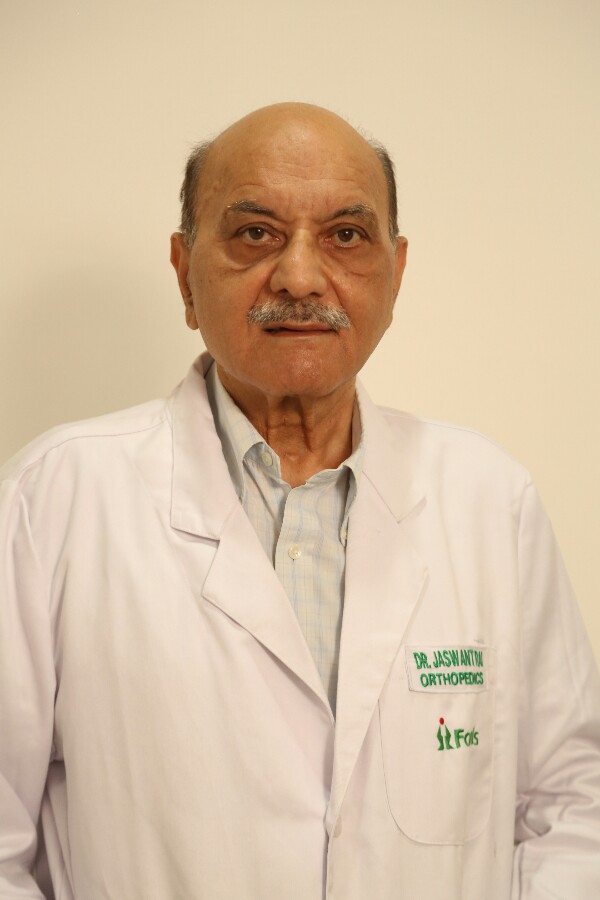 Dr Jaswant Rai, an eminent orthopedic doctor passed away here today. He was 74. He passed away due to a cardiac arrest. Dr. Rai was serving as Director, Orthopedics with Fortis Healthcare Limited Fortis Med Centre (A unit of Fortis Hospital Mohali) in Chandigarh. He had joined Fortis Hospital Mohali in 2004 and is credited with taking the hospital’s Orthopedic program to new heights.

Dr Jaswant Rai, M S Orthopedics (1973) from Post Graduate Institute of Medical Education and Research, Chandigarh. Dr Jaswant Rai has worked in the PGI since 1974 and assumed the post of Professor and Head, Pioneer Joint Replacement Surgeon of the region in1981. Dr Jaswant Rai has the distinction of holding the post of Professor and Head of Unit II, department of Orthopedics, PGI, Chandigarh, from 1990 to the time he took pre-mature retirement to join Fortis Hospital, Mohali, in November 2004.

Dr Rai pioneered Joint replacement surgery in the region since 1981. He participated and contributed at various national and international Joint replacement conferences and workshops. He taught sports medicine and sports physiology at Panjab University, Chandigarh from 1989-2003.

Mr Abhijit Singh, Facility Director, Fortis Hospital Mohali said, “The Fortis Mohali family extends it’s heartfelt condolences on the sad and untimely demise of Dr J. S. Rai, Director Orthopedics, Fortis Hospital Mohali.  He will be remembered as the pioneer of joint replacements in this region both in PGI and in the private sector. His endearing personality shall always be remembered with warmth and deep regard. I extend my heartfelt condolences to his family.”

Dr Ramesh Kumar Sen, Director, Orthopedics, Fortis Hospital Mohali, expressed his condolences and said, “Known throughout the region as ‘My fond memories of Dr Rai bring a sense of pride to have been associated with him. Besides a string of qualifications and titles that he has to his credit, Dr Rai contributed immensely to the development of the orthopedics program at Fortis Mohali. My heart and prayers go out to him and his family. He shall always be in spirits with us.”

Dr Harsimran Singh, Director, Orthopedics, Fortis Hospital Mohali, added, “Hearing about the loss of Dr Jaswant S Rai, Director Orthopedics and Joint Replacement, Fortis Mohali – deeply saddened me. As his student I valued his guidanc at each step. His teachings shall always remain a guiding light for me. His experience added tremendously to the orthopaedics programme at Fortis Mohali. A good heart has stopped beating, a good soul ascended to heaven but he shall never be forgotten in the hearts of those who have worked with him at Fortis Mohali.”

Dr Atul Joshi, Additonal Director, General Surgery,said, Dr. Jaswant Rai always encouraged perfection and was a thorough gentleman. Though one of my teachers, he allowed me the privilege of being his clinician as well and his patronage shall be sorely missed by all those who knew him.

New ray of hope for patients suffering from Type 2 Diabetes