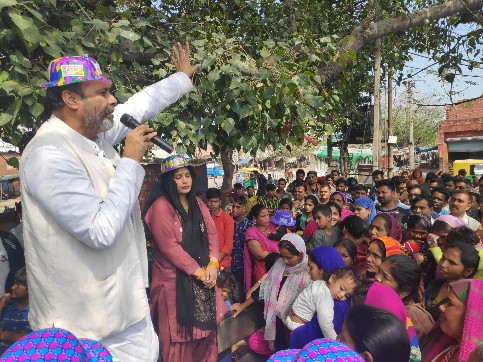 Lok Sabha Candidate from Chandigarh Ki Aawaz Party, Avinash Singh Sharma today reached Colony number 4. Hardly had he entered when hundreds of supporters welcomed him with garlands and Saropas. He is called as the Messiah of the colonies as due to his efforts only today people are residing peacefully in the colony. Avinash Singh Sharma had filed a PIL in Punjab Haryana High Court three years back, seeking rehabilitation of slum dwellers before their houses are demolished. In view of the matter Chief Justice had put the demolition orders to stay. Recently, this Wednesday on the hearing of the PIL Hon’ble Chief Justice of High Court had asked for the data of the people who have been rehabilitated in reality instead of mere papers.

Colony people made Avinash Sharma aware of the problems being faced by them. People believe that only Avinash Singh Sharma can have them grant houses under rehabilitation scheme with the help of High Court and legal work. Unsatisfied residents of the colonies said that politicians only visit their colony during election tenure and forget even the existence of colony for the next five years term. But it was Avinash Singh Sharma who had always been there for their help for the past few years. Each one pledged that this time they won’t be fooled by other party rulers and support Avinash Singh Sharma to have him as their MP.  Sharma told that he too had been brought up in a poor family leading to which he very well know of the exploitation being faced by the poors. He said that he had always been the voice of the poors and continue to be so. Chandigarh ki Aawaz Party has become the voice of a common man in Chandigarh. Without holding any powers Sharma have done too much for poors spending from his own pocket. People know him on the basis of work done by him. He promised that if people vote and elect him as the MP from Chandigarh, he will leave no stone unturned to work for people. 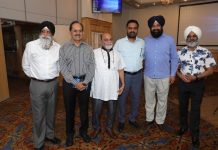 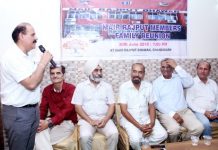