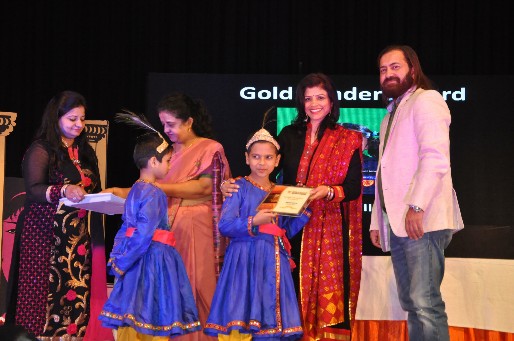 In a spectacular show of talent, the junior students of Dikshant International School brought to life the myriad shades of human emotions and experience. Held at Inderdhanush Auditorium , Sector 5, Panchkula, the event was marked by a range of heart-winning performances.   The kids stole the limelight with their presentation of the Navras – the nine different sentiments which art is capable of evoking in the audience.

“The Annual Day saw ‘Navras’ presentation by Junior Wing & a riveting stage performance of the popular musical ‘The Sound of Music’ by the Senior Wing. The presentations kept the audience glued to their seats.” Said Mitul Dikshit, Chairman, Dikshant International School.

Vatsalya rasa was depicted by the students of grade 2 in the form of the love which exists between a mother and her child. This love was symbolically represented through the relationship between Yashoda and Krishna. Hasya rasa was presented by grade 4 through humorous dialogues and poetry . The girls of grade 5 were at their graceful best in their portrayal of Sringaar rasa. The children of grade 1 were successful in creating an eerie atmosphere which underlies Bhayanak rasa. Dance showing Shiva’s tandava by grade 5 boys evoked raudra rasa. Veer rasa could be seen to be naturally dripping from the dance performance by the students of grade 3 which glorified the courage of Rani Lakshmibai and Emperor Ashoka. The students of grade 3 also mesmerized the audience with the depiction of shant rasa through yoga and meditation. Adbhut rasa was brought forth in all its grandeur when the students of grade 1 enacted the incredible legend of the creation of the universe.

The tiny tots of kindergarten ended the extra-ordinary performance with the portrayal of  Bhakti Rasa. The students won the admiration of the audience with the serious philosophic message which their show tried to convey. They vouched for the oneness of God, religious tolerance and national integration. Their appeal for peace brought tears in the eyes of fond parents. 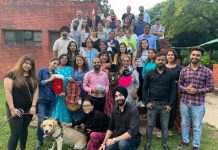 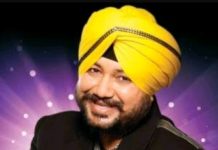 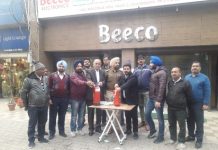 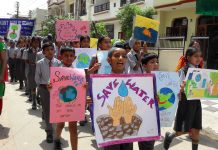 In a first for region students of Dikshant make Telescopes, hold...

Verka conducts Drawing competition in leading schools of the city