Delegations from around 15 different States from all across the Country including Mr. Amit Sharma, Vice President & CA, Manmohan Garg, Treasurer from Punjab Unaided Colleges Association (PUCA) also participated in this meeting.

While highlighting the problems being faced by small self financing colleges, Dr. Anshu Kataria seeks immediate intervention of HRD Minister in the regulatory mechanism. He demanded the level playing field for all type of Institutions including Private Universities, Deemed Universities, Self financed Colleges etc. Kataria also expressed his concern over the fake degrees racket in the Country.

Javadekar assured the delegation that Government has already implemented digital degree project under which the enrollment would be made with the Adhaar Card number of the pupil so that the record of degrees issued can be kept in loop of UGC, MHRD and other authorities.

Javadekar further said that with the implementation of digital degree project the full record of the curriculum including nomenclature of the course, duration, marks, details of the pupil etc would be made accessible to the concerned.

Javadekar assured that Government would soon look into the matters to save the self financed Institutions of the Country. 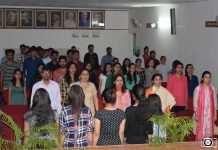 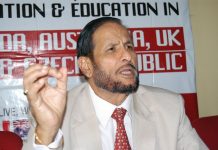 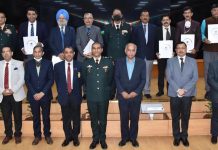 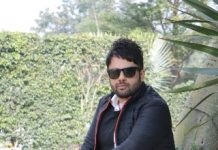