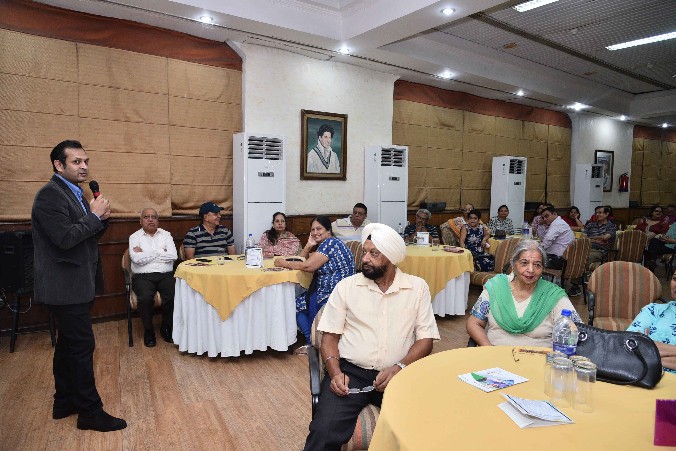 “Diabetic foot care is one of the most ignored aspects of diabetic care in India whereas a Diabetic Foot can lead to Limb Amputation if ignored,” said Dr Ravul Jindal, Director – Vascular Surgery, Fortis Hospital Mohali while sharing facts about diabetic foot care in the Indian scenario here at PCA Stadium today.

“We have been trying to raise awareness regarding diabetic foot. This is another such initiative so that people can benefit from advancing medical science. Last year, we released a book on diabetic foot care and many patients told us that the information had helped them identify the signs early on,” said Dr Jindal, adding that close to 70 diabetic foot patients are given consultations in his OPD every month.

He said that amputation due to diabetic foot can be prevented in 90 percent of cases with proper education and timely treatment. “We carry out 25-30 surgeries per month, of which 3-5% are major amputations,” he shared. Citing examples of how diabetic patients had been treated successfully.

Warning against the conditions that lead to foot amputation, Dr Jindal said black toes in the diabetics may not only be the onset of gangrene leading to foot amputation but may also be the knock of heart ailments. He said ignoring blackened toes may not only lead to amputation of foot or leg, but can also cause onset of heart ailment. Dr Jindal added: “In India, 41 million people suffer from diabetes, which will rise to 79 million in 2030. Apart from the high incidence of diabetes, age at which it occurs is the Indian population is a cause of great concern. In India about 40,000 limbs are amputated every year because of diabetes related foot complications.”

Dr Jindal, added  that people suffering from Peripheral Arterial Disease run two to six times greater risk of dying from heart attack or stroke as compared to others. Smokers having associated diabetes are more prone for gangrene than smoking or diabetes alone.

The absence of early diagnosis worsens problem in individual. “Though there are no figures for vascular patients in country, the fact that there are over 25 million diabetics is just a small pointer to vast numbers of undiagnosed vascular cases. Studies show that patients of severe vascular disease have been treated for low backache and arthritis for years,” he revealed.