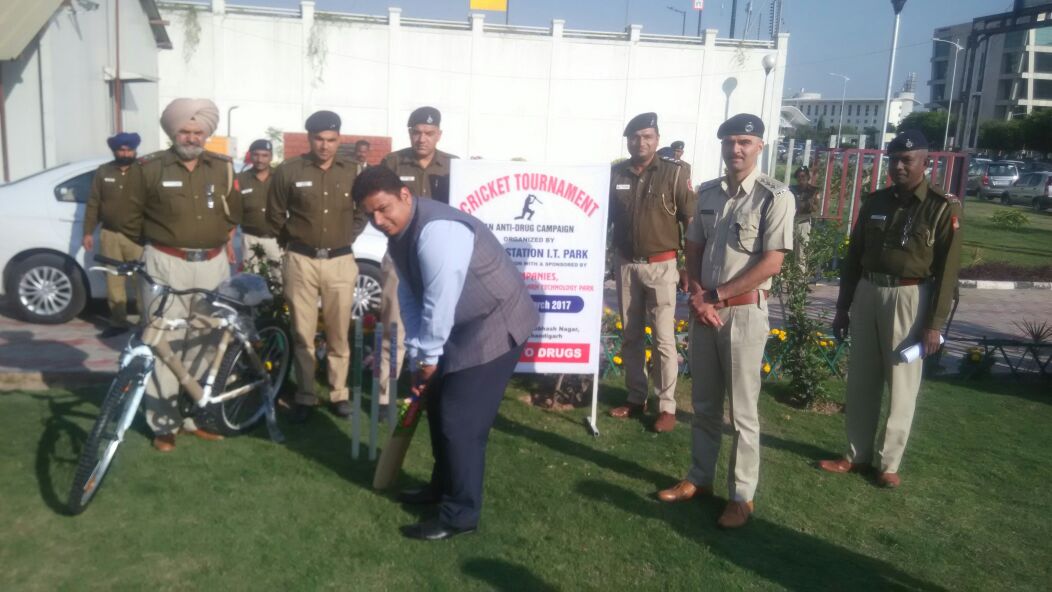 A Cricket Tournament is being organized from 24 of March to 26 March 2017 at Dussehra Ground, Subhash Nagar, Mani Majra, Chandigarh in collaboration with Police Station IT Park, Chandigarh and various companies based/working in the Rajiv Gandhi IT Park, Chandigarh. A hard tennis ball would be used for each match restricted to maximum of 12 overs. To conclude whole tournament, a knock-out system (single elimination) would be introduced.

In this three days tournament, total 16 teams would participate including youths of Indira Colony, Subhash Nagar, Kishangarh, employees of some IT Park Companies and of some police stations. The winners would be awarded with cycles whereas, there are Bats and T-Shirts for Runners-up. Besides this, other awards would also be announced in many categories including “Man of the Match & Series” to motivate the participants.

This is an effort to curb drug menace and to generate healthy/positive competitive ideas in our youth with a slogan “SAY NO TO DRUGS”.  The Drug Abuse is a terrible problem we face in our society and it is a fact that physical activity may prevent substance abuse. The physical activity can strengthen resistance to addiction. Perhaps youths/students who choose to exercise tend to make healthy decision in general.