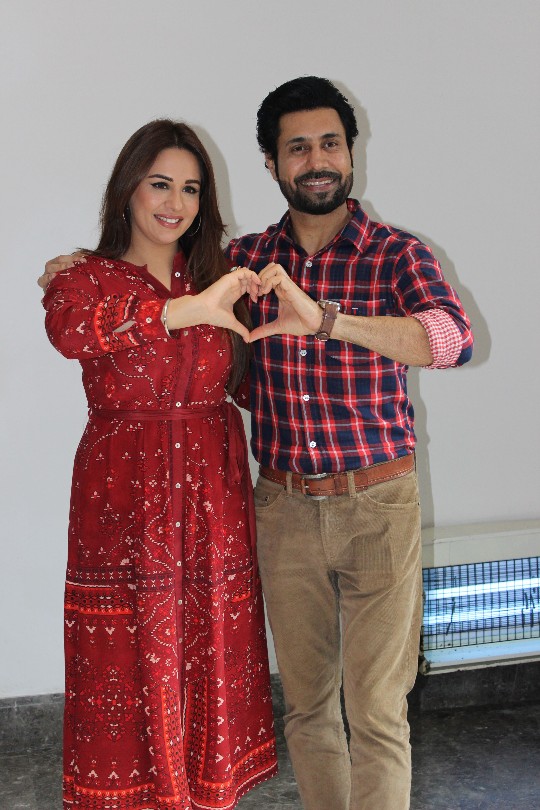 Shah an Shah pictures and A & A Advisors, in association with Rising Star Entertainment Inc., are all set to release their upcoming Punjabi Comedy film, ‘Band Vaaje’ on 15th March 2019.

This film stars Binnu Dhillon and Mandy Takhar in lead roles. Along with them, Gurpreet Ghuggi, Jaswinder Bhalla, Smeep Kang, and Nirmal Rishi will be seen in pivotal roles. ‘Band Vaaje’ is directed by Smeep Kang. The whole project is produced by Jatinder Shah, Pooja Gujral, Atul Bhalla and Amit Bhalla. This film is written by Vaibhav and Shreya.

The story of the film focuses on an Indian Guy who falls in love with a Pakistani girl and how he tackles this cross-border situation in the most comic way.

At this moment, lead of the film Binnu Dhillon commented, “Band Vaaje is all-in-all a comedy film. But all comic scenes are situational. The jokes are not just for the sake of punches. The film has proper story which we are sure that audiences will love.”

Leading lady of the film, Mandy Takhar said, “Making people laugh is the most difficult task. This is the first time I am doing comedy. I just hope people will accept me in the same way as they have always done with my previous works.”

The Captain of the ship, Smeep Kang said, “Making films is my passion and adding comedy to it is like my hobby. Nowadays people are so stressed due to their hectic schedule. If I can make them forget their worries and enjoy, I feel my job is done. ‘Band Vaaje’ is one such film which everybody will enjoy with their family and friends.”

“Entertainment industry is the biggest business these days. But making money is not our only concern. We always prefer quality. It is often said that Punjabi comedy films are content less. But we are sure that this notion will be changed with ‘Band Vaaje’ and a new era of Punjabi cinema will emerge”, the producers of the film said.
Worldwide distribution of the film is done by Munish Sahni’s Omjee Group. ‘Band Vaaje’ will hit the theatres on 15th March 2019.