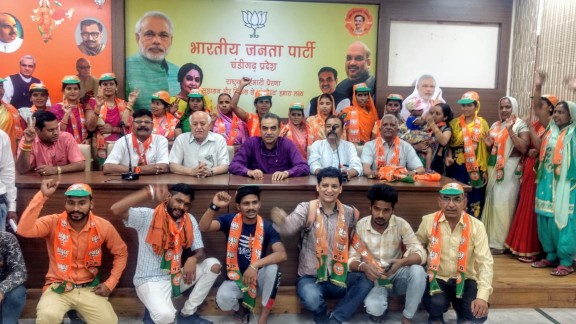 Giving more information about the event media in charge Ravinder Pathania said  that mmore than 60 women and 40 youth along with former ‘panch’ of Dhanas village joined BJP.

BJP Chandigarh president Sanjay Tandon welcomed each member by presenting them with a party ‘patka’. He said, their contribution will help strengthen the party and that this is the result of BJP’s ideology and policies that has made BJP the fastest growing political party in terms of membership.

The new members of the party assured Sanjay that they will give put in all efforts to get full support from others for BJP in the upcoming Lok Sabha elections.