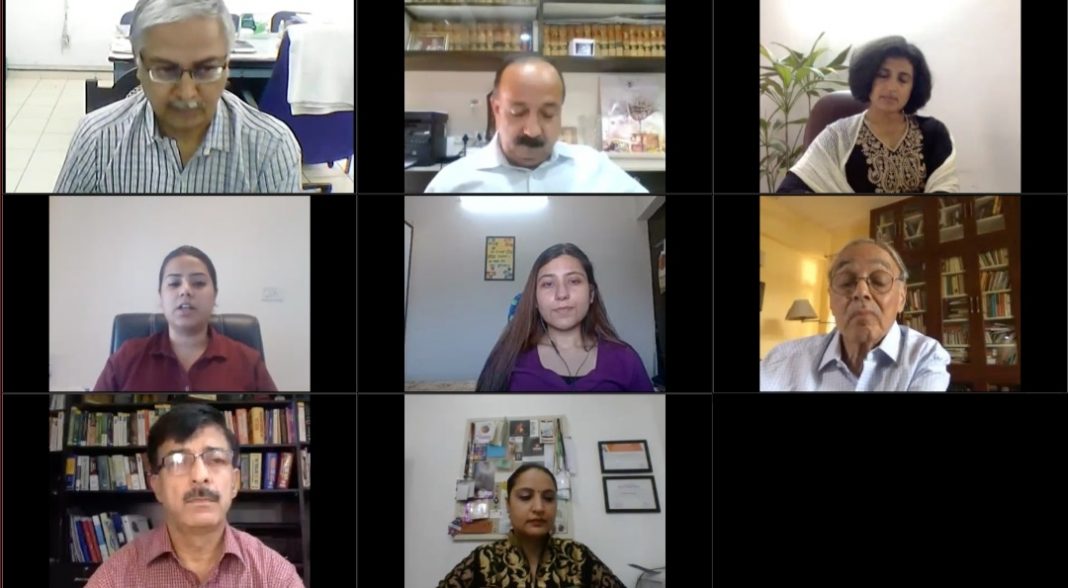 Second of the tri-webinar series- ‘Process of Chandigarh: taking forward the legacy of Le Corbusier and Pierre Jeanneret’ was held here today.

Organized by ACT! Chandigarh and Saakaar Foundation, the tri-webinar series is being supported by the official Swiss Diplomatic representations in India, Le Corbusier Foundation, Paris, Chandigarh & Punjab Chapters of Indian Institute of Architects, Fire & Security Association of India and ASSOCHAM-GEM. Apart from this, nearly one dozen architectural institutes and research organizations of the region are taking part in the month-long event.

The webinar raised some pertinent questions concerning the city, like whether regional coordination crucial for a sustainable future of the Chandigarh Region? The speakers also deliberated on what statutory procedures are required to boost planned growth and development within the city and if a Chief Commissioner for the UT will be more effective in taking forward the long-standing issues of Chandigarh. Further, experts also held discussions on whether boundaries can be actually imposed on a living and growing city.

At the webinar titled- Functioning of the city, noted architect SD Sharma opened the session with a passionate appeal for everyone to collaborate to save the character and beauty of this world-renowned city. He also mentioned that a better framework was needed to achieve this aim and the heritage committees as they exist in the city today are helpless.

Former Adviser to the UT Administrator, Jagdish Sagar shared his experiences on challenges of “Administering Chandigarh” under the given mandate. He pointed out that the city of Chandigarh even during his tenure was very far from what it was envisioned to be.

Planner R Srinivas from Ministry of Housing and Urban Affairs, (MOHUA), New Delhi explained the ministry’s viewpoint to the audience about regional coordination. He shared that 27 meetings so far are held since inception of the coordination committee in 1975 and the last one was held in 2016. There is a need to solve issues at regional level, he said.

Bringing in the voice of the residents of the city, Er. Vinod Vashisht, convener, CFORWO, insisted that there is a need to evolve an improved workable democratic administrative model.

Ajay Jagga, a city-based advocate stressed on the need to safeguard the moveable and immovable heritage of the city and shared experiences from his personal involvement with the legal aspects of the issue.

Dr Harveen Bhandari, Deputy Dean from Chitkara University, Punjab, summarized the proceedings of the day.  She expressed hope that this interface will pave the way to make our city better than before. The first webinar ‘Legacy and Vision’ focused on the background to the present day city.