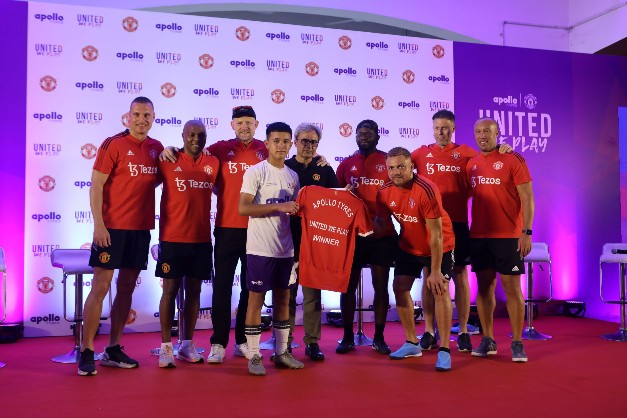 14-year-old Ronald Singh from Chandigarh is on cloud nine after earning a ticket to Old Trafford where he will live his dream of watching his favourite team Manchester United and his idol Cristiano Ronaldo. At the final round of United We Play trials held in Chennai, Ronald confirmed his selection along with three other participants for a once-in-a-lifetime opportunity to visit Manchester later this year.

Organised by Apollo Tyres and Manchester United, over 5000 young footballers took part in the programme this year. The final round of United We Play trials was held in the presence of Manchester United legends – Peter Schmeichel, Nemanja Vidic, Mikael Silvestre, Louis Saha, Quinton Fortune, Wes Brown and Ronny Johnsen, who were suitably impressed by Ronald’s footballing talent and the mettle he displayed on the pitch during the trials.

In the finale, four young footballers –Ronald along with Chennai’s RS Preyarhanjan, Meghalaya’s Federick Kurbah and Kunal Yeole from Pune, were finally shortlisted for once in a lifetime opportunity to visit Old Trafford to participate in exciting activities like match day experience, training session with Manchester United Soccer School coaches, and legend interactions, scheduled for later this year.

Ronald, a product of Minerva Academy in Chandigarh, said: “I am so happy to be performing among such legends of the game. I would like to thank my family and coaches for always believing in me and the Apollo and Manchester United team for giving young players like us an opportunity to showcase our talent. I am very excited to visit Manchester and watch my idol Ronaldo play.”

The trials were held across 19 venues in India, in a hybrid format comprising 10 virtual workshops and Masterclasses across 12 markets, and an on-ground leg across 8 markets in two phases, covering more than 5000 aspiring players.

United We Play is a pan-India initiative by Apollo Tyres and Manchester United to support young footballers in India by giving them a platform to showcase their skills with the objective of motivating aspiring footballers to continue playing, by engaging with them, and introducing them to global training methodologies.The second season of United We Play was launched earlier this year with a virtual interaction with Manchester United legend Dimitar Berbatov.

The theme for this edition of United We Play was ‘Access to Sports’ with the aim of creating access to global standards in player development and engaging the youth via sport even without access to open spaces. In addition to being the Global Tyre Partner of Manchester United Football Club, Apollo Tyres, has a presence in the Indian Super League (ISL), being the principal sponsor of Chennaiyin FC. 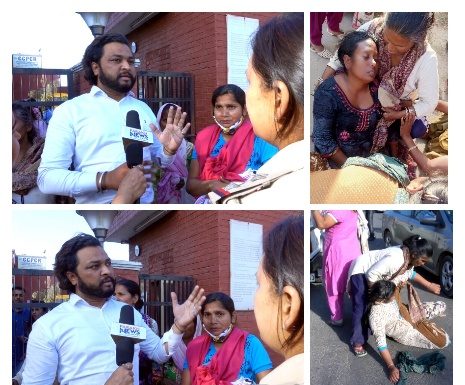 Manager as Mentor and coach: Talk by professor from Thailand

Little Icons Season 5: more than 120 little ones walked the ramp