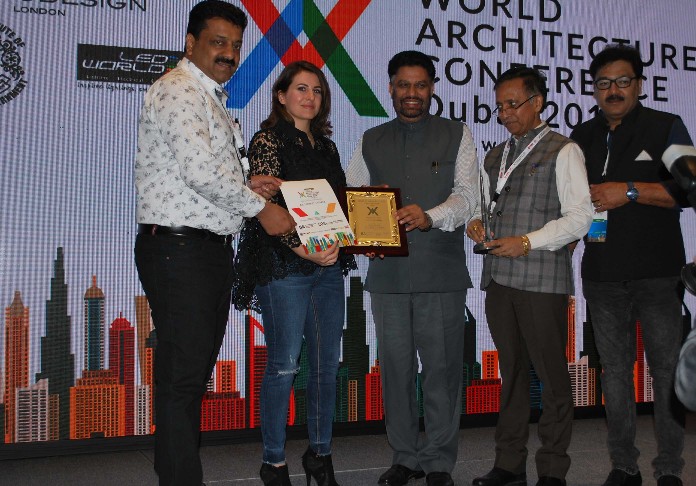 Chandigarh-based Architect-Author, Surinder Bahga at a recently held World Architecture Conference at Dubai expressed concern over unwanted underpasses being planned in city, besides the growing traffic and parking problems. He also spoke on how city was losing its original character because of haphazard development.

He was invited as keynote speaker for World Architecture Conference which was organized at Dubai recently. This two-day conference was attended by 200 architects, engineers, planners and builders from countries like India, Indonesia, United Arab Emirates, Nigeria, Sri Lanka, etc. Conference was titled “Smart Cities For A Better World”. About 15 speakers from all over the world had delivered their presentations on the theme of the conference.

Bahga’s talk was on “Smart Cities in India” wherein he explained aim of this mission, strategies, guidelines and challenges involved in smart city mission. He deliberated mainly on Chandigarh city and its issues. Delegates highly appreciated the construction of multilevel parking, over bridge and completion of Municipal Building in Sector 17, Chandigarh.

Bahga explained how unwanted under passes are being planned and built without any necessity. Huge and ugly looking railings are installed on major roads under the guise of saving accidents. A number of buildings which are conceived in original materials like brick work or concrete are painted ruthlessly spoiling the character of city. Many houses designed by Pierre Jeanneret are demolished under one pretext or the other. Huge projects like Metro were ill-conceived, so that was dropped later. He appreciated slum rehabilitation scheme of Chandigarh Administration.

He lamented that nothing is being done to streamline growing traffic and parking problems. City is also suffering from visual pollution with haphazard display of signboards here or there on building facades. He emphasized the need to involve architects and public in decision making of urban planning and architecture related issues. Delegates appreciated his critical yet balanced views on city’s latest scenario.

Architect Surinder Bahga, a former nominated MC Councillor, former Chairman of IIA, Chandigarh-Punjab Chapter, has established architectural organisation “Saakaar Foundation” in Chandigarh in 1984. His works are published in many journals and newspapers of repute. Two of his Churches were exhibited at the 5th Asian Congress of Architects, held at Lahore in Pakistan.  He has co-authored three books namely“Modern Architecture in India: Post Independence Perspective”, “New Indian Homes” and “Le Corbusier & Pierre Jeanneret: Footprints on the Sands of Indian Architecture.”