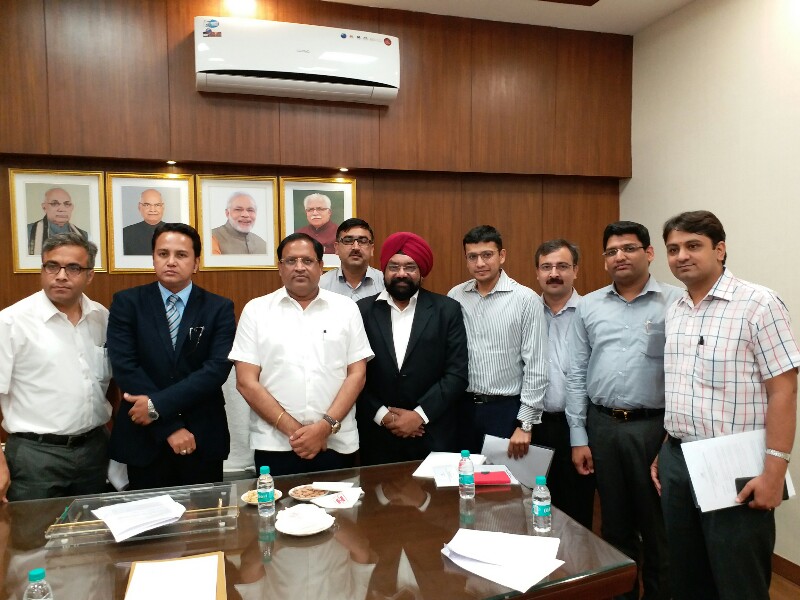 A CII delegation led by Mr Harbhajan Singh, Chairman CII Haryana Task Force on Ease of Doing Business & Director, General & Corporate Affairs, Honda Motorcycle & Scooter India called on Shri Vipul Goel, hon’ble Industries Minister, Government of Haryana and submitted representation on Ease of Doing Business in Haryana. The representation included key points like clearing all pending cases related to renewal of factory licenses in Haryana in a time bound manner, no hike in the Factory License Fee for the cases submitted before the notification of the revised Factory Licenses Fee in Haryana and improving the Condition of ESI Hospitals.

Issues pertaining to labour, Change in Land Use (CLU), environment & pollution control, power & bio mass energy were also taken up by the delegation. Vipul Goel while taking note of CII representations instructed the concerned officials to address industry’s concerns and issues on priority basis and in a time bound manner. ESI Hospitals are being revamped in Haryana and few hospitals will also have multispecialty facilities. Minister assured the delegation that Government will constitute Advisory Cell to aid and advise Pollution Control Board with the active involvement of CII Centre of Excellences.

On the question of augmenting Industrial Infrastructure in Haryana, Vipul Goel told CII delegation that all the Industrial sectors are being revamped in Haryana.  Shri Ashok Sangwan, Director Industries said that Industry can augment their technological base by making use of Technology Upgradation Scheme.

CII will also present a White Paper on potential of biomass energy in Haryana and how it can reduce smoke and pollution emanating from stubble burning in the fields.

Other Members of the delegation were: