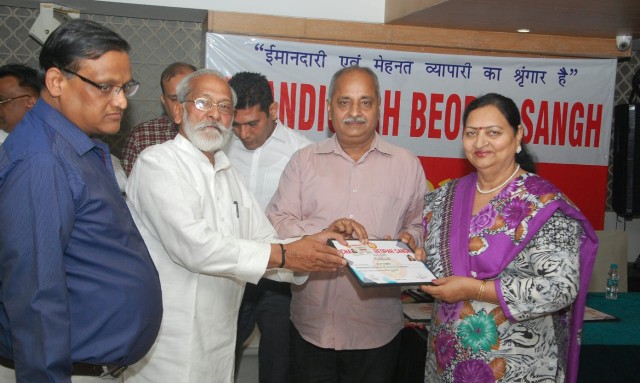 Chandigarh
31 March 2019
DIVYA AZAD
In order to discuss issues related to businessmen of the city, Chandigarh Beopar Sangh (CBS) held its meeting .The meeting was chaired by its president Ravi Prakash Kansal.
Sangh spokesperson said that all the founder members attended the meeting. Traders involved in various kinds of businesses in markets and industrial area -1 and industrial area- 2 were issued CBS membership.
Meanwhile, Kansal said that in order to include maximum traders of the city in CBS, they will launch a membership drive in the near future. All  efforts are being taken to strengthen CBS
in Chandigarh, he said, adding that the executive members of CBS will soon be declared.
Kansal said that he will soon meet with the Chandigarh administration for redressal of pending demands and problems being faced by businessmen of the city.
Issues related to sales tax department, withdrawal of parking fees, withdrawal of entry fees at Grain Market, reduction of heavy penalty being imposed under various violations among others will also be discussed with the administrative officers.
In the meeting, Ravi Prakash Kansal, Satpal Gupta, Pradeep Sharma, Tulsi Ram Singla, Pawan Garg, Rajindar Jain, Rajni Talwar, Rajesh Munjal and Bajrang Lal Singla and other businessmen addressed the members . Speakers on the occasion said that there are other business unions active in Chandigarh but they have failed to address the concerns of businessmen. Issues pertaining to businessmen are pending before the Chandigarh administration for long time and administrative officers are yet to take action for their redressal.
On the occasion, all the businessmen appealed President Kansal to establish coordination with the Chandigarh administration for redressal of their demands. Kansal assured the members that he would try his best to solve the problems of businessmen through administrative officers. 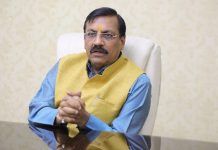 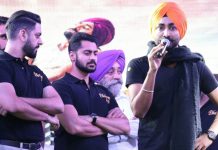 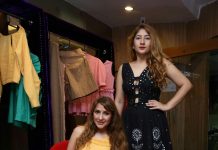