Cases of property fraud with NRI people are increasing continuously in the tricity. People leave their families and go thousands of kilometers away from the country to make their living, but after their departure, their property goes into the wrong hands and when they come back to their homeland and have to go to court for their rights. In most cases, the property grabbers are none other than the NRIs’ own family members.Something similar happened with Canadian citizen Naresh Kaushal. He had moved to Canada 16 years ago and when he came to India in 2019, it was found that his father, mother and sisters had fraudulently sold his  plot worth crores in MDC Sector-6.

Naresh had given the power of attorney just for management  of the plot in his mother’s name before going to Canada and taking advantage of that GPA, his father first transferred  the property in his name in connivance with HUDA officials  and then sold it for crores.

Now Naresh Kaushal given  a complaint to Panchkula Police to register a case against his father Sukhdev Rai Kaushal, Santosh Kaushal, brother-in-law Harkesh Manrao and both sisters Renu Manrao and Rama Prabhakar. On his complaint, the police have started investigation. Along with this, he has also sent a letter to the Prime Minister, Chief Minister of Haryana and Chief Justice of India in which he has demanded to set up a special fast track court for NRIs.

Naresh Kaushal demanded  that A case of section 420 of IPC should be registered against the family. If these cases are proved in the court, then they can be sentenced to 7 years or even life imprisonment. 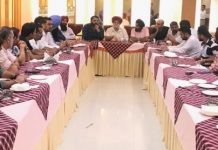 Punjabi Cinema Producers Association will protect Producers from exploitation by some distributors,... 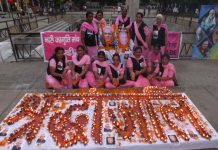 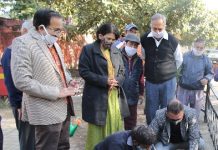