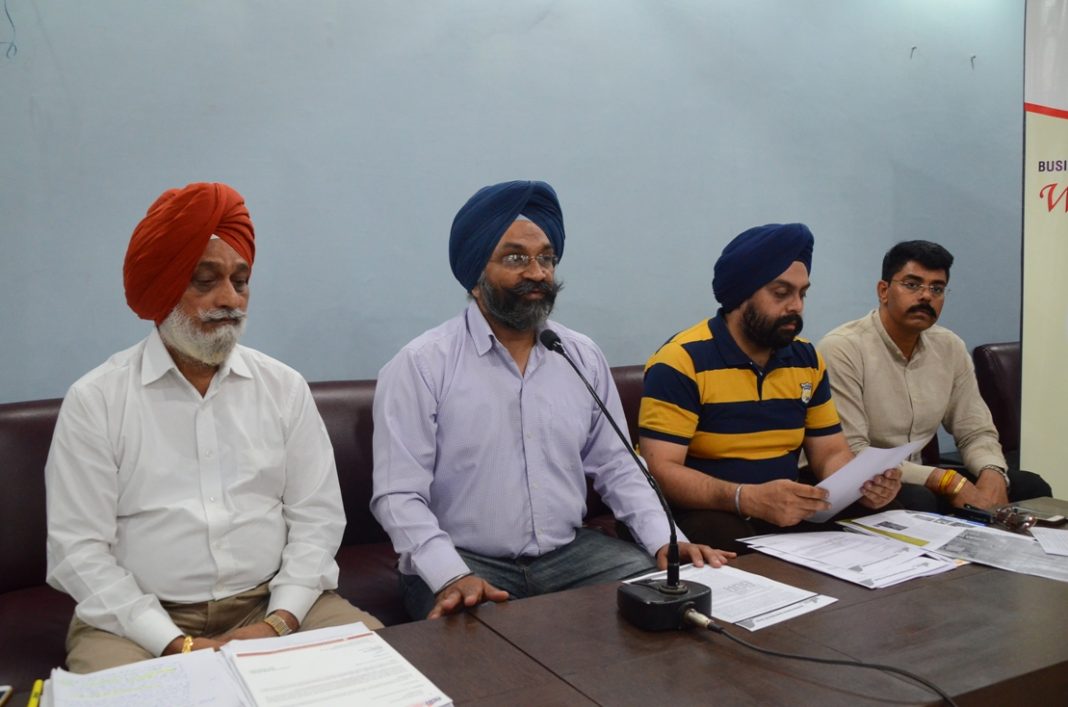 Business owners Association Blames JLPL of sector 82 feels that they were cheated by Private Developer Janta Land Promoters Ltd.  They mentioned that they smell scam of `75 Crore in F.A.R.

While interacting with media here in Chandigarh press club Gurmukh Singh, President, Business owners Association said that JLPL signed the MOU with Govt. of Punjab to develop an industrial mega project with the provision of F.A.R.-2. Accordingly the company advertised in newspapers and published their sales brochures. However the company inadvertently/deliberately submitted the Zoning Plan with F.A.R.-1 in 2010, perhaps to encash the F.A.R-2 at the later stage, to which CTP, Pb also gave the approval. In 2016 as pre-promised the Government sanctioned F.A.R.-2 to Sector 82. However JLPL revised the zoning plan with the same laid up infrastructure, for which the company did not paid any fees/charges to the Punjab Government.

He shared further that with an intention to generate extra revenue of approx. `75 Crores the company started demanding illegally `1000 per sq.yd. (`5 Lakhs per 1 Kanal Plot) from the allottees. The allottees who wanted to begin their constructions were not able to get their NOCs from JLPL, water connections or plot demarcations without paying such amount.

In absence of directions and any departmental check on JLPL from the Govt. of Punjab, the company fraudulently, unethically, illegally fixed such charges and forcefully started collection without issuing any written demand notice.

JLPL has never checked upon the profiles of the allottees while selling the industrial plots. The plots were sold in real estate market to all sections of the society industrial/non-industrial, irrespective of their backgrounds.

The industrial area is facing erratic power supply due to low capacity infrastructure installed and maintained by JLPL. Since the industry is consumer of PSPCL but the internal maintenance is done by JLPL. The area is sidelined by PSPCL and hence industry faces heavy production losses. Demarcated 66 KVA grid station in sector-82 does not seem to be reality in the near future.

The water and sewerage system installed by JLPL is far from the required capacity of the area, which results into meager water supply and overflow of sewer systems. The 50% internal roads are still not metaled and the remaining are metaled with poor quality. JLPL has not provided the promised infrastructure that includes setting up of Convention Center, Police Post, Dispensary, Fire Station etc. due to which the industrialists are being felt cheated for.

As per MOU, Government had allotted the industrial mega project to JLPL for the period of just 5 years and the company has sold out all the land earmarked in the mega project. Still the company deliberately have been seeking extensions because the company collects huge revenue from the allottees in the form of non-construction fee which amounts to approx. `3.25 Crore per annum. The security amount which company collects against water and sewer connection amounts to `38000 per one Kanal plot whereas in other Govt. industrial areas it is `1000 only, which amounts to `1.90 Crore interest free deposit with the company. In addition the company is planning to impose maintenance charges whereas the infrastructure is far than complete. JLPL retaliated by issuing notices for building violations to the industrialists very next day, since the association approached the M.L.A. for exposing the fraud. This does not come under the company’s purview.

The official of the Association appealed to the state Govt. for a fair investigation and demanded that the matter should be examined by the sitting Judge of the Honorable Court.

An eBook on Poetry Released by Social Substance and Arta Studio