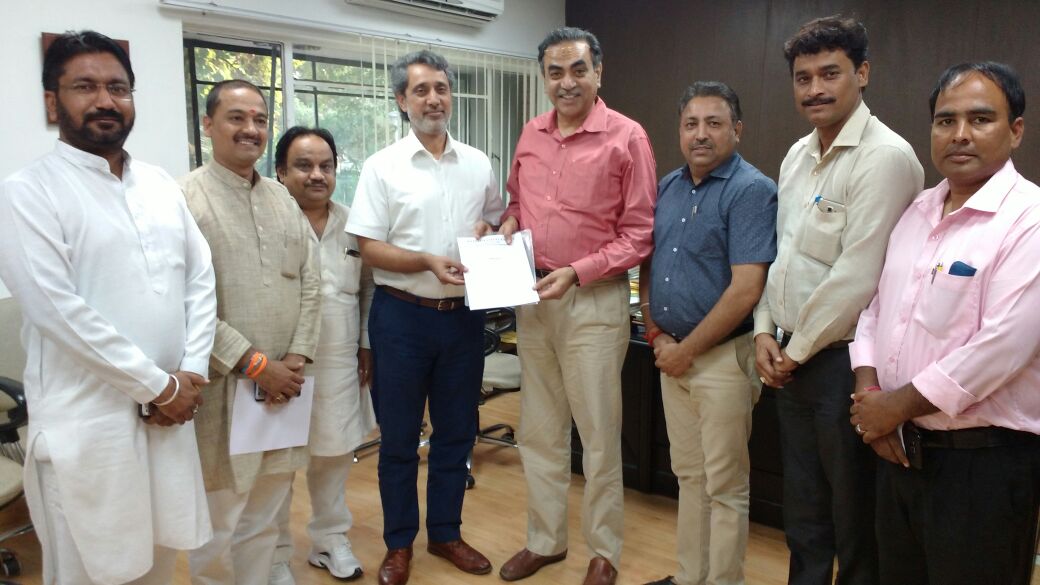 The state President the Bharatiya Janata Party (BJP), Chandigarh, Sanjay Tandon along with the councilors met the chairman of the Housing Board, Maninder Singh today. The purpose of the meeting was to present a memorandum demanding that all the notices of violation, demolition and cancellation issued to the residents be withdrawn. Besides, it was also requested that no further notices be issued to the residents till the finalization of policy so as to save the residents from unnecessary harassment and financial loss.

Commenting on the issue, Sanjay Tandon said, “CHB is regularly issuing violation, cancellation notices to the allottees and occupants of flats allotted by the Housing Board. The residents of these flats have made need based changes in their flats.  But the Board termed these need based changes as violations and notices are sent to the residents. A committee has been formed by the Chandigarh Administration and Housing Board to resolve this long pending issue. We put forth the demand that houses of the people should not be demolished”.

Adding to it, Tandon informed, “The chairman said that the board could regularize those changes which has not taken over the government land or have been done in the prescribed the guidelines. Besides the gravity of the volitions could be checked and regularize the changes after imposing the compounding fee. We have asked them to prepare a detailed proposal on it. Apart from this it was also requested that the transfer charges were exorbitant which needs to be rationalized”.