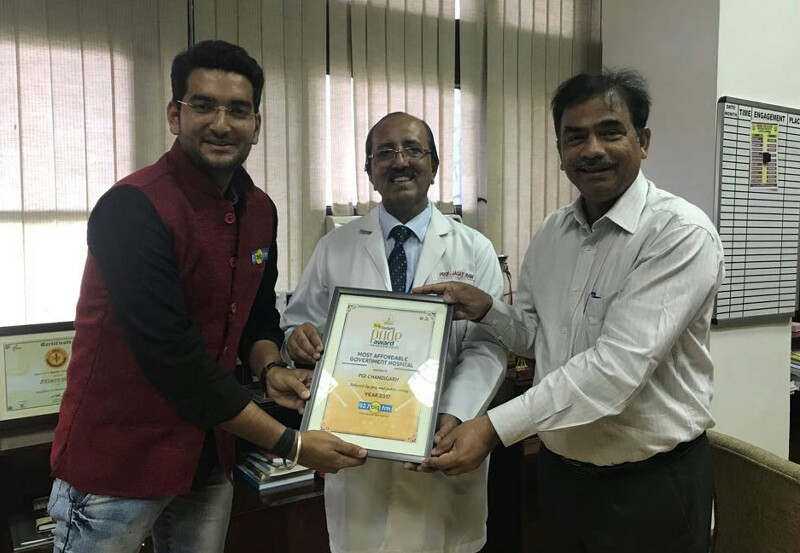 Tricity’s most heard FM station 92.7 BIG FM recently announced results of the latest category of the ongoing awards which are meant to be ‘For the City, By the City’- Big Pride Awards.

This month in the category of Best & the Most Affordable Government Hospital , on the basis of public voting through Whatsapp, Facebook, on-air Calls and jury members’ benchmarks , residents &  listeners voted for PGIMER, Chandigarh, the premier medical and research institution of the city, as the best & the most affordable hospital  of the region. Other top nominations in the category included GMCH Sector 32, GMSH Sector 16, Government Hospital Sector 5 Panchkula.

PGIMER recently completed 54 years of its existence and entered the 55th year this July, formally inaugurated on July 7, 1963, by the then Prime Minister, Pandit Jawahar Lal Nehru.  PGIMER caters to a large number of patients. The hospital has almost 2,000 beds and an OPD attendance of around 8,000-11,000 patients per day. During the last year, around 25 lakh patients visited OPD and nearly 90,000 patients got admitted.