Home Schools Bhavan Vidyalaya students bagged third position in Inter- School Robotics Championship
Share on Facebook
Tweet on Twitter
Chandigarh
18 April 2017
DIVYA AZAD
An Inter- School Robotics Championship was organised by IEEE PEC in association with RoboChamps India on 15th April 2017 at Punjab Engineering College, Chandigarh in which several schools from the Northern Region participated. A team from Bhavan Vidyalaya, Chandigarh comprising Pranav Mishra, Samarth Rastogi, Siddharth Aggarwal and Devakshi from classes VIII and IX bagged the Third Position. The students were awarded with the trophy and Certificate of Appreciation by the organisers.
The students were felicitated by the Sr. Principal Mrs. Vineeta Arora in the Morning Assembly.

A Video Call changed my way of Plus Size dressing… 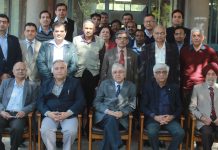 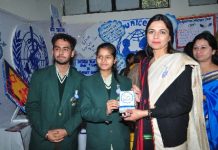 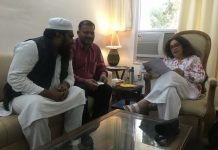 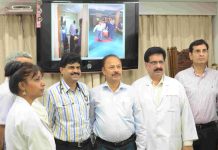 Best out of waste Workshop at Brilliance