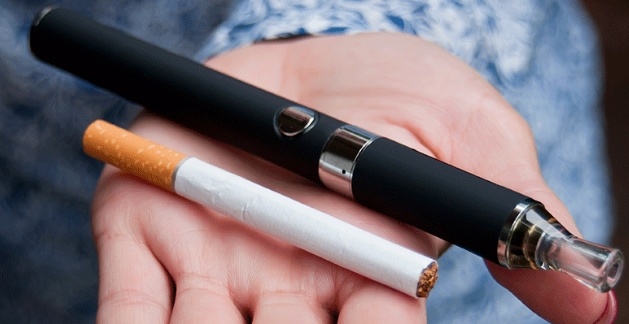 The rumors and myths spread in the state about e-cigarettes are completely false said a consumer body Association of Vapers India. Recently an NGO has written to the Chief Minister of Haryna Sh. Manohar Lal Khattar to ban e-cigarettes in the state without any facts and substantial study.

AVI warns the Haryana Government not to show any hurry before taking any decision without any research or study on public health.

AVI Director Samrat Chowdhery said in a statement “Worldwide it is proven that e-cigarette is the best alternative to quit smoking.  Being 95% less harmful compared to tobacco cigarette, e-cigarette is a much safer option for inhaling nicotine and helps in protecting public interest. Banning e-cigarette would deprive smokers of this safer option and hurt the cause of public health in a state where the smoking rate is already very high”.

According to the Global Adult Tobacco Survey 2016-17, the smoking rate in the state is at 19.7%. This is a dire situation, which could further deteriorate if the state government bans e-cigarette following the suggestion from the NGO, he also added.

In this context, Association of Vapers India (AVI), a nationwide group of e-cigarette users, would suggest that the state government regulate sale and use of e-cigarette rather than go for an outright ban. The organization will

It is well known that whereas nicotine creates dependence, it is tar produced by the burning of tobacco that harms the health of smokers. E-cigarettes do not produce tar.

It is also to be noted that nicotine is not carcinogenic. It is used in nicotine replacement therapies (NRTs) such as gums and patches which have been certified by WHO and numerous international health organizations as safe for sustained, long-term use.

The nicotine used in e-cigarettes is the same pharmaceutical grade used in NRTs sold over the counter to all buyers even without age barriers. Moreover, the amount of nicotine present in NRTs can be 30 times the amount present in a cigarette. Hence, the claims made by the NGO are unsubstantiated and without any scientific basis.

Equally important is the fact while passive smoking is a real threat in case of tobacco cigarettes and increases the risk of respiratory illness in children, the unintended exposure risk of Vaping is orders of magnitude lower, further adding to public health.

It is a documented fact that use of e-cigarette has led to a decline in smoking rates in developed countries like the US and the UK, and because of its positive impact it has found endorsements from their health regulators.

AVI believes that vaping is a scientific method to quit smoking, which can make a positive difference to the lives of lakhs of smokers in Haryana. Considering its positive impact on public health, Haryana govt. should take a balanced approach and regulate the sale of E-Cigarettes rather banning it.

AVI has also expressed its intent to support Haryana Govt. by providing all the research and international studies that will facilitate the govt. in understanding the issue better and framing a balanced policy on E-Cigarettes.

Aga Khan Academy Hyderabad awarded as one of India’s top 100...