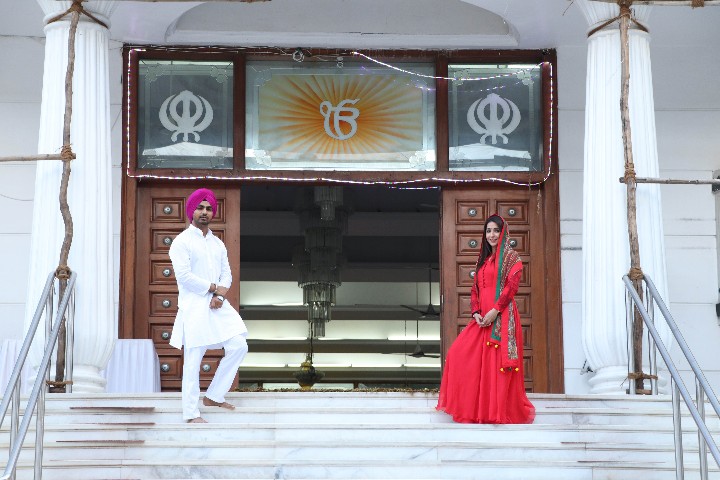 The first Rising Star of India ‘Bannet Dosanjh’ never leaves any chance to prove his versatility. From starting his career with a  sad song ‘Sahara’ to a beat number ‘Serious’ then singing a redemption of an old song ‘Jeena Jeena redux’ he always made sure that he is here to rule the music industry. After giving back to back hits and trying different genres, now Bannet Dosanjh released his first devotional song ‘Waheguru’.

Complementing his soulful voice, the lyrics of the song are penned down by Sanjeev Chaturvedi. Sanjeev and Ajay have composed the music of the song under the label of Eros Music. Kashi Kashyap is music producer for the song. Apart from Bannet Dosanjh, additional singers include Manali Chaturvedi and Ishrat. The concept is created and directed by Krishika Lulla.
At the release of his song, Singer Bannet Dosanjh said, “First of all I am very thankful to the audience for loving my every work. I am a firm believer of God that whatever I am today and can achieve till now is due to the blessings of that Supreme Power. So, ‘Waheguru’ song is purely dedicated to Him and I am highly obliged that my team believed me and I could sing this song. I just hope that audiences will also love this song.”

The director and creative head of Eros, Krishika Lulla said, “Bannet Dosanjh has proved his worth and versatility. So when we came up with the idea of this song, nobody crossed our mind except him. The music and lyrics are very soulful and calm. We hope that this song will reaches more and more audiences.”

The video of the song has already been released on the official YouTube channel of Eros Music on 13th May 2019.