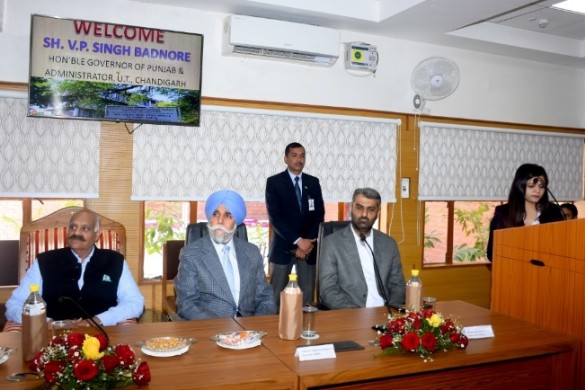 The Chandigarh State Consumer Commission Building in Sector 19 Chandigarh, today became more consumer-friendly with the start of the Single Window Service and inauguration of a high tech Conference Hall.

Justice Retd.  Jasbir Singh expressed his gratitude to the Chandigarh Administration for computerizing the working of the Chandigarh Consumer Fora and installing a Solar energy generation system. Further, for the convenience of the consumers, a single window facility has been created for enquiry and receipt of consumer complaints at the entrance of the building on the ground floor.

“The single window service implements the objective of the Consumer Protection Act which aims at easing the redressal of Consumer grievances. Conference hall facility is a beneficial gift to the Chandigarh consumers in the run up to the World Consumer Day on March 15”, remarked Pankaj Chandgothia, consumer Activist. He said that Chandigarh is the first city to provide such modern facilities to the consumer, which do not exist anywhere else in the country. Chandigarh also leads the country in per capita filing of consumer complaints and also disposal percentage of cases is at a national high of 98%, added Chandgothia.

The conference hall would be used for holding seminars on consumer rights and enabling legal aid for poor consumers. Conferences would also be held for the enlightenment of the businessmen, law students, Panchayat members etc. to apprise them about the duties of traders, manufacturers and service providers towards the consumers.