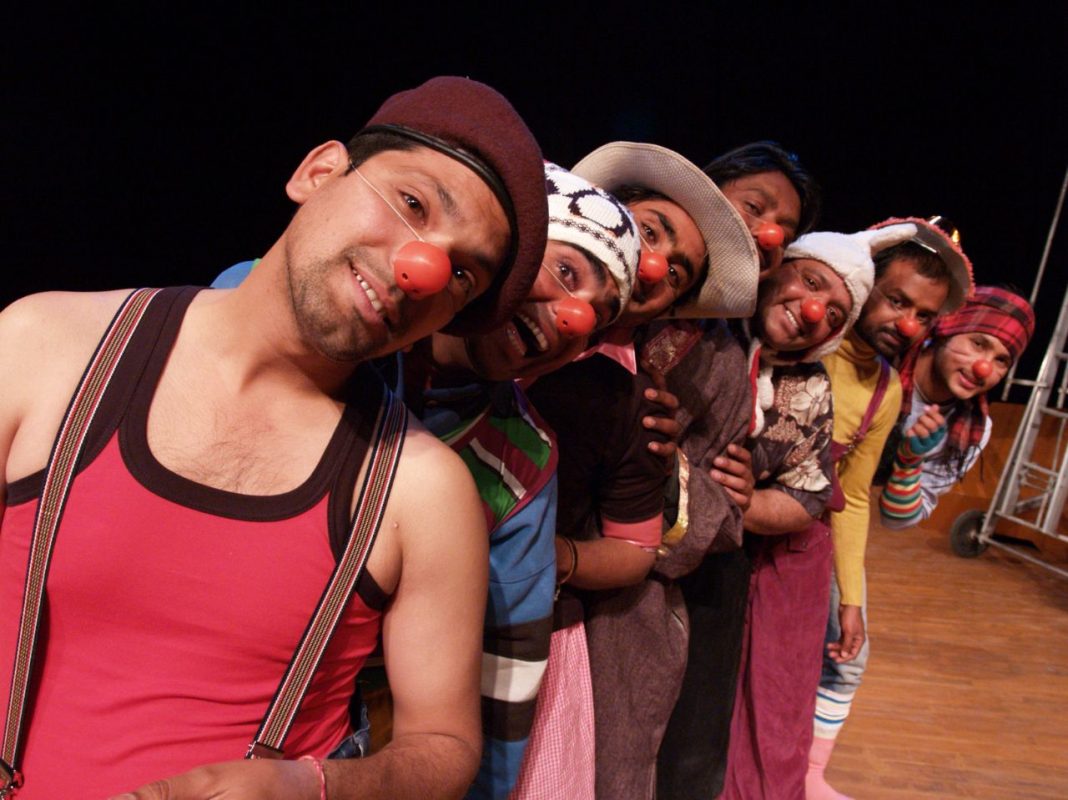 CEVA Drama Repertory Company and Purple Mangoes collaborate once more to produce some fresh clown crazies in Atkal Pachchu, a hit or miss clown play about the randomness about life. The play was staged at Sector-18 Tagore theatre on Monday evening.

The play starts with an introduction to Buggi, an alien. Buggi is about to visit earth for the first time. He loves his Space ship which also happens to be a washing machine. If your space ship takes you around the universe while keeping your clothes spotless clean, won’t you love it too? When he arrives on earth, he meets some clowns who show him their world. Buggi walks through a series of comic occurrences with the clowns from standing in long queues to performing some dangerous feats (not really). All in all, the clowns take good care of him.
This show has been devised by the clown cast of the CEVA Drama Repertory Company and gently directed by Sukhmani Kohli, who is also one of the clowns in this play. When the team of clowns started devising the play, they tried not to have any story, ‘agenda’ or a moral message in mind. They picked up situations that they have been part of in their daily lives. The clowns found possible problems that they would face in those situations and the best possible ways in which they can fail in solving those problems. The director’s question was, as always, how can you create the biggest fiasco in this situation? While devising the play, the invitation to the clowns is to be present to the problem and play with it, rather than sweeping it under the carpet or applying ready-made solutions to them. We find this a very apt philosophy for our everyday life too, and we invite the audience to have a more playful outlook towards whatever life throws at them. Ah, we do have an agenda after all!
As a director, designer, facilitator and a Clown performer, Sukhmani Kohli uses the wisdom of Theatre and Clowning to help people discover and accept who they really are and to learn to play and perform. She evolves her plays by working with the participants drawing from their experiences using self discovery, group work, mind-body-spirit exploration and skills like storytelling and improvisations.