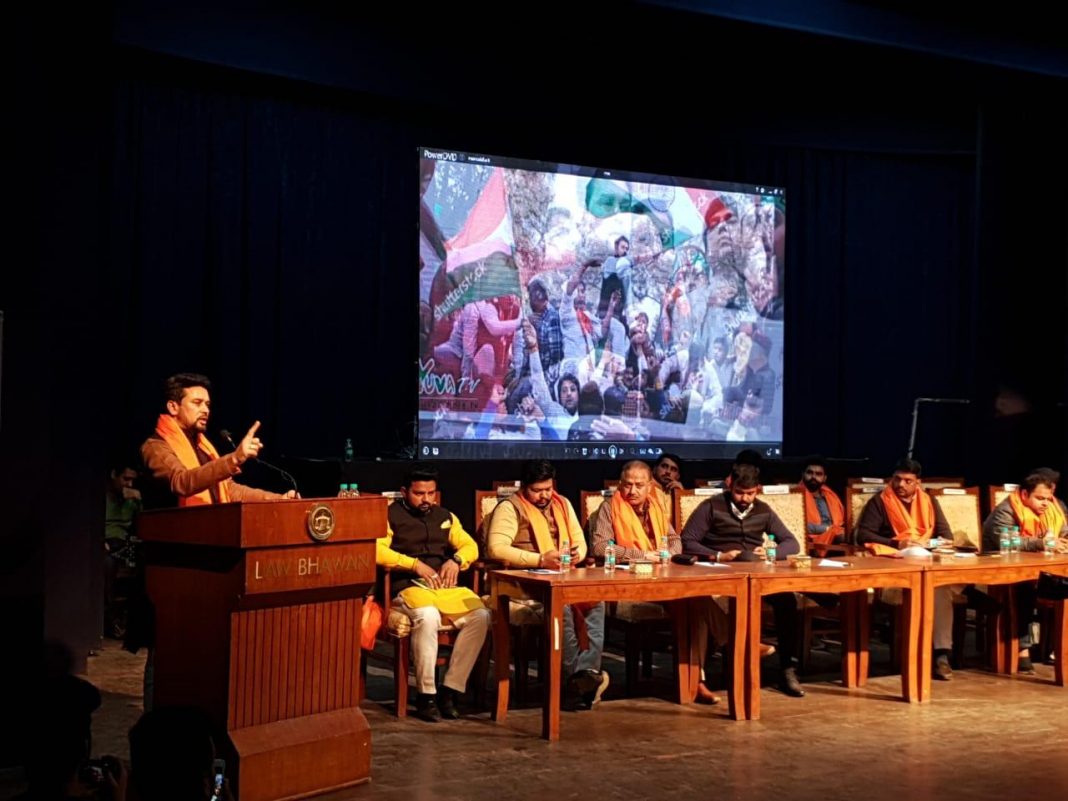 BJP MP and party’s Chief Whip in Lok Sabha Lt. Anurag Singh Thakur said that Pakistan knows it can’t fight India head-on, that’s why it is fighting cowardly proxy war through its terror subsidiaries like Jaish-e-Mohammad, Jamar-ul-dawa, etc. He said that the world knows that Pakistan is giving patronage and nurturing terrorist organisations. Expressing confidence in the strong leadership of Prime Minister Narendra Modi, he said the Armed forces have been given freehand and he is sure that they would revenge the sacrifice of our brave soldiers at the accurate time. He also asked Yuva Morcha workers to gear up for the coming Lok Sabha elections. He said with the hardwork of our leaders like Atal Bihari Vajpayee, Lal Krishna Advani, Narendra Modi that our party rose from 2 seats in 1984 to 282 seats in 2014, and now it’s our duty to work & strive to achieve the ‘Ab ki baar, 400 paar’ target.

BJYM State President Gaurav Goel said that with the help of different events under ‘Vijay Lakshya 2019’ program, BJYM Chandigarh has been able to reach out thousands of city youth who are not associated with any political party, in the last one month.