Guru Gobind Singh College for Women, Sector 26, Chandigarh organized the Annual Prize Distribution Function in the College on 20th April 2017. Sh. K.K. Jindal, IAS, Education Secretary, Chandigarh Administration was the Chief Guest for the occasion. College Principal Dr. Charanjeet Kaur Sohi presented the annual report of the college, highlighting the achievements of the students in academic, sports and cultural activities and delivered the welcome address. The function began with the recital of college shabad. The Chief Guest, Sh. K.K. Jindal in his speech congratulated the students on their achievements and wished them success in their future endeavors. He motivated the students for incessant hard work and commitment to be successful in every field of life.

36 Scholarships worth Rs.1, 01700 were given to needy and meritorious students. Shergill  award and scholarship of Rs. 25,000 was given to Manjeet Kaur for her academic excellence.

Many Sports Students participated in various National and All India Inter-University Tournaments in various games throughout the year. The College won 2nd position in Overall Championship in Punjab University, Chandigarh amongst 192 affiliated colleges. The College won 1st position in Swimming, Kho-Kho, Netball, 5 Side Hockey, Boxing and Tug of War in various Inter college competitions.  Kanwalpreet Kaur was declared All-Rounder Best Sportswoman of the year. Monica was declared as Best Outgoing Student in Sports. 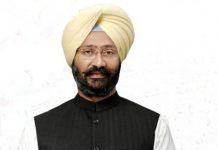 Farmers’ never demanded such laws; centre govt has made a mockery... 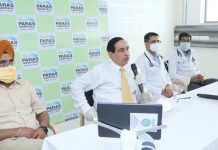 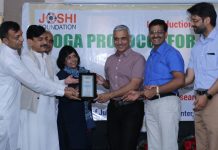 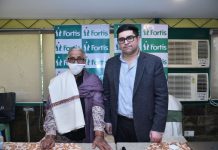