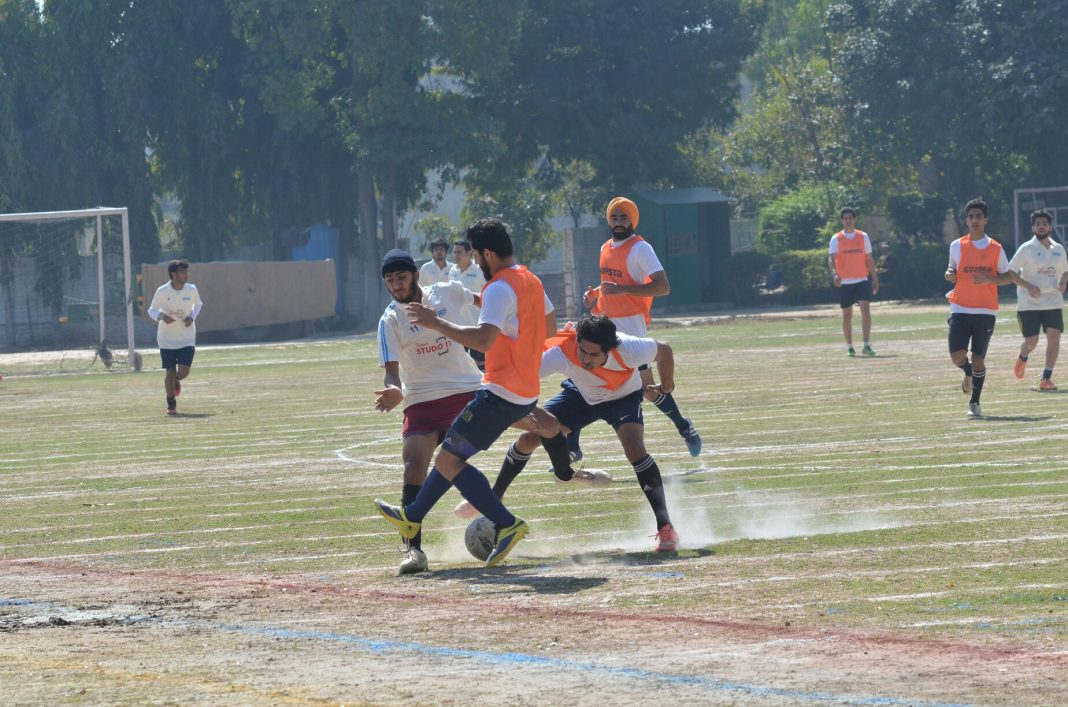 Keynote of Ex-Vivekites Association and general manager of the JSJ Builders  Guneet S. Josan, said that the main motive of organizing the Carnival and ialumni sports league  to have all the alumni associations of all schools under the one umbrella and offer them a common platform for networking.
A Carnival with variety of games stalls was also organised to keep the Alumni families and children engaged.
Food stalls by leading city outlets like Gustos and uncle jacks was also present at the venue.
Guneet S. Josan said that the amount earned in the Carnival will be donated to the  Institute Sorum thereby attaching a social cause to the league.  He further added that the  marketing head of Reliance Telecom (Punjab) distributed prizes to the winning teams and best players.
Leading city brands like Chandigarh City Center, Touchstone, Shri Gurudev, Bodyzone etc associated with the event .