Prof. Alok Prakash Mittal while giving information about PMSS scheme said that the scheme was started by Hon’ble Prime Minister of India in which around 16000 students of JK are getting benefits outside the State. Mittal added that considering the interest of the JK students towards Engineering, AICTE has decided to increase the seats in engineering course from this year. For 2018-19 session in PMSSS, AICTE has allotted 2830 seats in Engineering, 2070 in General Degree program and 100 seats in Medical/BDS Program.

Dr. Manpreet Singh Manna while speaking to the students and staff said that budget of around 600 crore has been approved for 4 years under PMSSS by the Govt. Manna added that around 36 crore under the scheme from the year 2012-13 to 2017-18 have been released to the students & colleges through Direct Benefit Credit (DBT) under Public Financial Management System (PFMS).

Manna added that to assist the students, very user friendly portal has been developed to ensure the redressal of grievances of the students within 7 days. One dedicated helpline no. i.e 0120-2446701 for solving the grievances at the earliest has also been started.

Dr. Ajeet Angral said that the special scholarship scheme for students of Jammu and Kashmir to pursue higher education outside the state has received tremendous response this year because of such awareness workshops being conducted by AICTE time to time. Minister for Education, Syed Mohammad Altaf Bukhari and Minister of State for Education, Priya Sethi conveyed their best wishes through Ajeet Angral to the students.

Dr. R.K Soni while speaking on the occasion said that its an honour for him that the North West Region of the Country have the majority of JK students who are studying under this scheme in his jurisdiction. Over 4000-5000 students of JK is studying in various colleges of Punjab, Haryana, Himachal Pradesh under PMSSS. Ms Shivali gave a complete demonstration of PMSSS portal and grievances portal.

Dr. Anshu Kataria said that over 1600 students from various parts of JK are studying in Aryans. Kataria thanked AICTE for choosing Aryans to host this PMSSS workshop. On the occasion Aryans JK students who have done wonders in the field of Technology in past were also honoured by the guests. 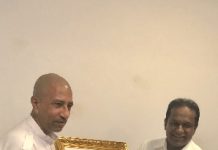 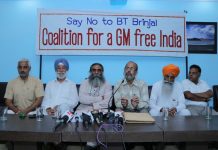 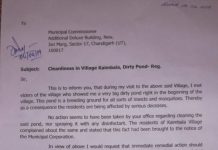