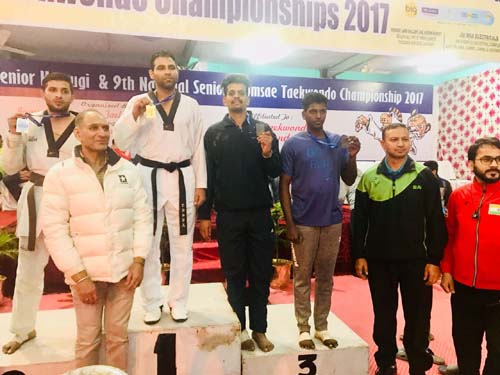 Constable Sandeep Kundu Belt No. 1550/CP of Chandigarh Police has put in another gem in the field of sports & games by winning Gold medal in 36th Senior National Taekwondo Championship held at Jammu and Kashmir from 23 to 27 november2017. Constable Sandeep Kundu Belt No. 1550/CP is presently posted in police lines and has brought laurels to Chandigarh Police at national level championship.