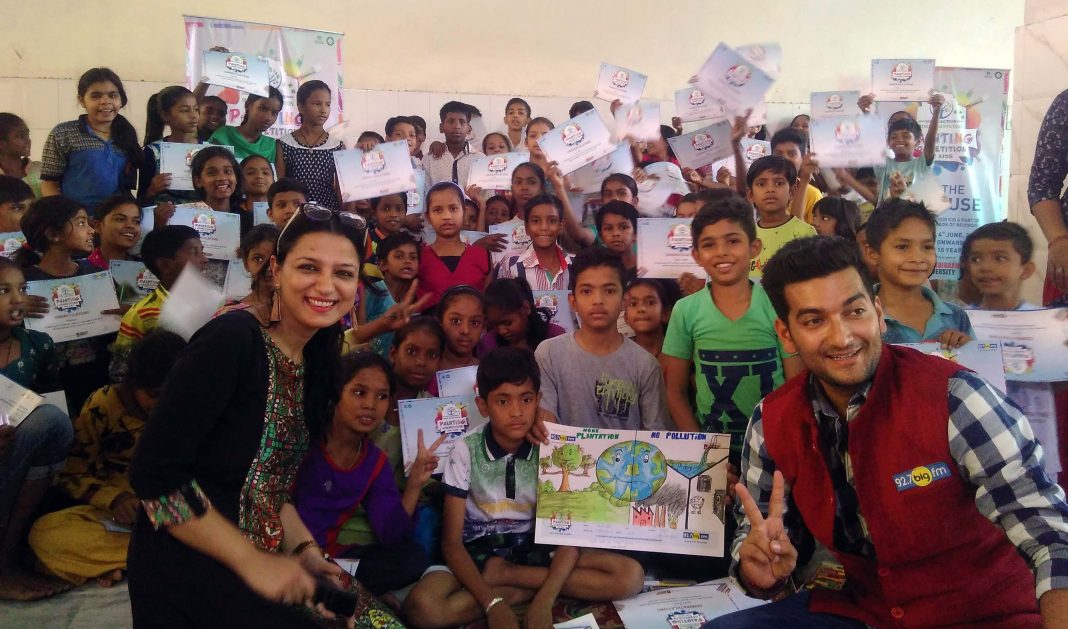 92.7 BIG FM, India’s largest and No.1 radio network, successfully concluded the 3rd season of its national painting drive on the occasion of World Environment Day. The on-ground activity in its 1st season on the theme of ‘Pani Bachao Life Banao’ entered the Limca Book of Records for being the largest painting competition to receive over 12,500 entries. This year, with the proposition of ‘No Pollution More Plantation’, the initiative aimed at making the future generation aware of the adverse effects of pollution. The radio network invited participation from kids of upto 15 years of age, across 46 cities in the country and received an overwhelming response with over 15000 entries nationwide & 3500 participants alone from the tricity.

In Chandigarh the flagship event was held at Sheetla Mata Mandir, Sec 26 Bapu Dham where painting competition was held on the topical theme of “No Pollution More Plantation” in association with NGO Yuvsatta. Similar competitions were also held at Kharar in association with NGO Jyoti Sarup Kanya Asra Society & at Panckhula Master Vikram academy in Sector 16 to create awareness about such burning issue.

92.7 BIG FM has been known to leverage its reach with clutter-breaking campaigns and initiatives and educate the masses about relevant social issues. This unique concept of commemorating World Environment Day, with a theme based competition each year, acquaints the young minds about environmental issues and its implications. This year, with the focus being on ‘No Pollution More Plantation’, the radio network generated awareness among kids around the need to plant more trees to combat pollution. The participating kids were informed about the significance of World Environment Day by 92.7 BIG FM RJs who marked their presence to support the cause. Various dance performances and other acts, took place during the painting competition raised the entertainment and engagement quotient of the day. A certificate of participation was provided to all the candidates, while the winners were gratified with amazing prizes. A panel of judges assessed the entries based on innovative ideas; and the ones capturing the exact essence of the theme through their art were declared as winners.

Speaking about the initiative an RJ from 92.7 BIG FM said, “At 92.7 BIG FM we have always been at the forefront of addressing social issues through our various activities and campaigns. After successfully organizing the largest painting drive on the theme of ‘Pani Bachao Life Banao’ for consecutively 2 years, this year too we were all geared up to host yet another remarkable activity. Our strategy this year was to touch upon the pressing issue of increase in pollution and lack of greenery. Through this innovative activity we not only encouraged kids to participate in a social competition but also generated awareness among them. Witnessing such a tremendous response to the initiative, we are hopeful of having succeeded in driving the message of controlling the rise in pollution by planting trees, in the most engaging way through this competition.”