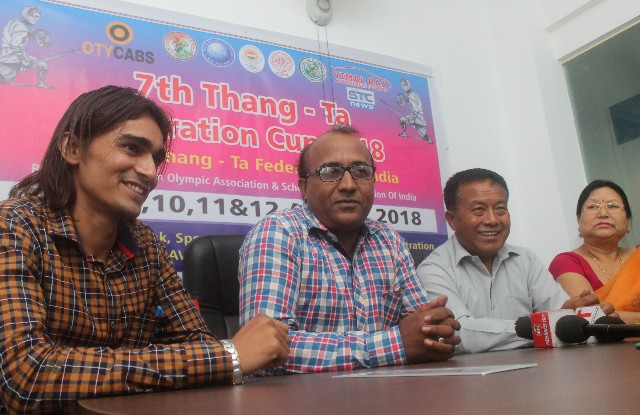 The 7th Thang-Ta Federation Cup 2018 is scheduled to be held here at the Skating Rink, Sector-10, Chandigarh from 9 to 12 August, 2018. The Thang-Ta Federation of India is organizing the event in association with Oty Cabs, Vimal Raj Auto Private Limited and STC News.

Mr H Prem Kumar, President, World Thang-Ta Federation said,  “Thang-Ta is a form of martial art. More than 550 Thang-Ta players including officials are expected to take part in the event. There will be two major events: Phunaba and Kanglon Chatpa. Further, there are two sub events of Phunaba: PhunabaAma and PhunabaAnishuba.”

Thang-Ta is an ancient martial art and a martial education of India, which originated from Manipur. That deals with the defense and offence with weapon or without weapon. The Manipuris used Thang-Ta martial art for defending their kingdom against the foreign invaders and for hunting. Thang-Ta is not simply the ability to wield weapons, to fight with physical strength and skill alone, informed Mr Vinod Sharma, Secretary, Thang-Ta Federation  of India.

According to Mr Ombir Singh, Organizing Secretary and Director, Oty Cabs, “Thang-Ta sports in its course of evolution has gained more and more refinement and popularity amonst the sports lovers in India and other countries.”

Hoteliers protest by lighting 100 candles each outlet against Liquor ban 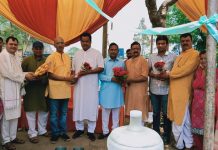 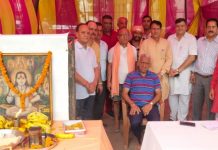 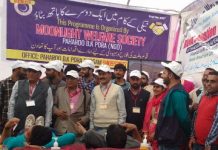 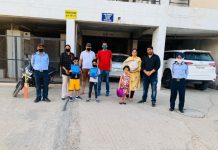