Dhruv Sitwala is a strong contender to take the 3rd Asian Billiards Gold here in Chandigarh which will be played from 8th to 14th April at the Hyatt Regency here.  Dhruv has won this event in 2015 and then again in 2016. India will be fielding a strong line up and it is to be seen if Dhruv will put his best foot forward. 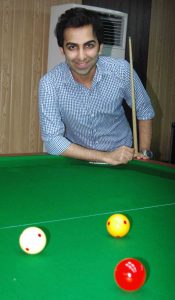 Giving details Mr. D S Bains (IAS retd.), President, PBSA said, “Internationally renowned cue sports players from over 15 countries will be participating in this Championship and the people of the region will be able to witness world-class talent in action.

Talking about the format for the Championship, Mr. Alok Kumar, General Secretary, PBSA said, “The players will be representing their respective countries. For the ONGC Asian Snooker Under-21 Championship the First Round, Round Robin and the Last 16 Round would be Best of 7 Frames. The Quarter and Semi-Finals would be Best of 9 Frames while the Final would be Best of 11 frames played in one session with a 30-minute break. The Championship will be played on specially imported tables. International referees, along with Indian referees, will be adjudging the games.” 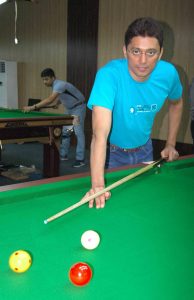