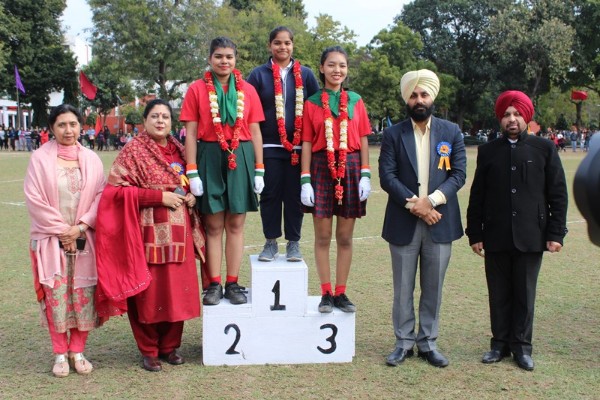 The 63rd Annual Athletic Meet of Post-Graduate Government College for Girls, Sector-11, Chandigarh was held today. The Meet took off with a vibrant start with the inauguration by the Principal Prof. Anita Kaushal. She hoisted the college flag and took salute from the colourfully dressed marching contingents of students of different streams. Students of the college, who excelled in various national, state and inter-university championships in various sports events during this academic session, lit the torch. The athletes took oath to compete with a sense of sportsmanship.

Sh. Tejdeep Singh Saini, PCS, Director Sports, Chandigarh Administration was the Chief-guest for the Closing Ceremony. The Principal read out the College Sports Report and highlighted the glorious achievements of the students of the college at national and international level. Self-defence display by the students was watched anxiously by all as it guided them on the mechanisms for handling difficult situations. The students of Dance Department presented Luddi, a Punjabi folk dance. Both the presentations were highly applauded by one and all.

Congratulating the winners Chief Guest Sh. Tejdeep Singh Saini appreciated the students and faculty members whose persistent and untiring efforts made the glorious achievements possible at various levels. He stressed that sports is an integral part of holistic development in student-life and it inculcates team-spirit, integrity, ethics and honesty. Sh. Saini motivated the girls to become fearless and carve a niche in todays competitive world.

Chanda of BCA-I was adjudged the Best Athlete.
Kajal of B.A.-III was declared All Round Best Player of the Year. 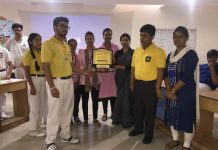 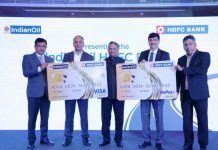 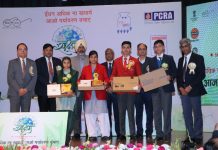 Session on Dispute Resolutions organizes by Aryans College of Law