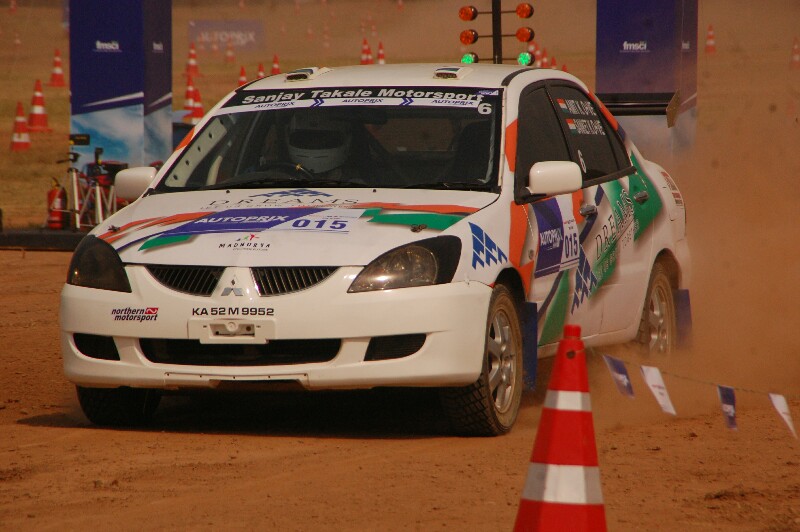 The second edition of Maruti Suzuki Autoprix- National Autocross Championship- 2017 kicked off on Friday in at HUDA Ground, Adjoining Shalimar Mall, Sector-5 Panchkula. The three-day action packed motorsport event from October 27- 29 will witness over 350 races where country’s top auto enthusiasts will compete with each other. The event was flagged-off by Deputy Commissioner of Police, Panchkula, IPS, Manbir Singh.

The event is being facilitated by the largest motorsport club of the region, Team Chandigarh Adventure Sports (TCAS) along with Northern Motorsport, leading motorsport organization in North India. To push budding talent of the region, TCAS will also hold local championship rounds where winners will get trophies, certificates and cash prizes. This championship is nation’s biggest small motorsports format where motorsport beginners are invited to test their skills.

While sharing more details about the event, the founder of TCAS, Gulpreet Aulakh said, “An autocross participant doesn’t need to own a high end or a modified rally car. They can bring a car of any manufacturer and skill along with the will to take on the track. Autocross tests the drivers’ skills and vehicle handling rather than just the speed over specifically designed tracks. The combination of tight and twisty turns in surface will certainly create phenomenal experience for the motorsport enthusiasts. This is the second leg of the event. The next stage will be held at Manglore followed by Guwahati, Gurgaon and Pune. The final leg will held be at the Buddh International Circuit, Greater Noida”.

Autocross championships are conducted under the approval of the Federation of Motorsport Clubs of India and under the watchful eyes of Safety Stewards. The strict adherence to rules and safety guidelines makes this one of the safest motorsports activities possible. The track is specially designed to limit the speed of the cars and in case of an untoward incident emergency services including a fully equipped Ambulance is available at all times.

FCA India Opens Online and Nationwide Pre-booking for the Made in...

BMW all set to enthrall Panipat with the BMW Mobile Studio