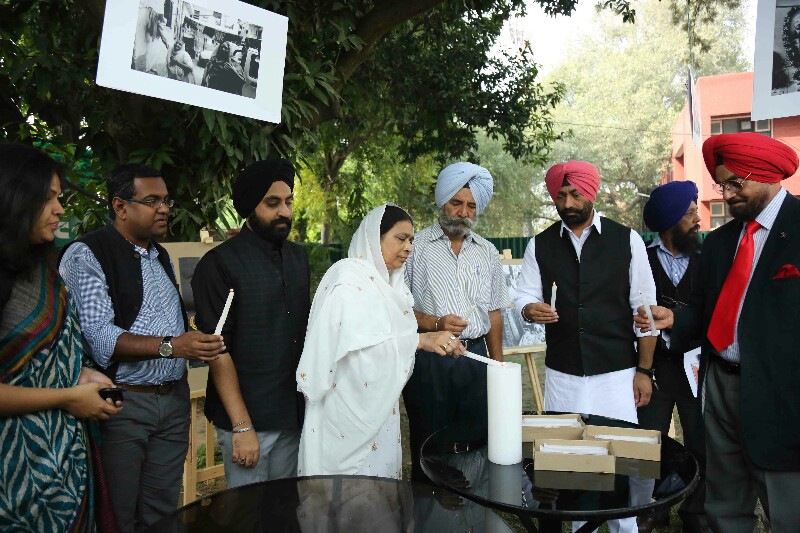 The impunity enjoyed by the perpetrators of the 1984 Sikh massacre must end immediately and authorities should ensure that all those responsible, including those with command responsibility, are brought to justice, Amnesty International India reiterated today in a discussion, “Chauraasi Ki Nainsaafi: The continuing injustice for the 1984 Sikh massacre” held here at the Chandigarh Press Club today.

Marking the 33rd anniversary of the 1984 carnage, the discussion gives a glimpse into the lives of the families of 15 victims and survivors, and their struggle for justice for over three decades.

Among those who attended the discussion were Lt. Gen HS Panag, Sukhpal Singh Khaira, Leader of opposition in the Punjab assembly, Asmita Basu, Program Director Amnesty International India, Sanam Sutirath Wazir, Program Manager Amnesty International India, Navkiran Singh, Advocate, Darshan Kaur, Main eye witness in the case andShome Basu, Famous Photographer. A Photobook was also launched on the occasion which presents a glimpse into the lives of survivors of 1984 massacre. An exhibition of photographs was also set up at the venue.

“It is shameful that thousands of victims and survivors are still waiting for justice. If the government wants to revive the faith of these people in the justice system, it must end the impunity around the massacre and bring closure to those who have suffered,” said Asmita Basu, Programmes Director at Amnesty International India.

Over the last three decades, at least 12 inquiry commissions and committees have looked into the 1984 killings. Some of them reported that political leaders from the then ruling party were involved in the attacks. However, only a tiny fraction of those responsible have been brought to justice.

In February 2015, the Union Ministry of Home Affairs (MHA) constituted a three-member special investigation team (SIT) to reinvestigate criminal cases filed in Delhi in relation to the 1984 Sikh massacre. Over two years and three term extensions later, the SIT finally stated in 2017 that it had closed 241 cases and filed charges in just 12 cases. In August, the Supreme Court set up a panel comprising two former judges to examine the SIT’s decisions to close cases.

“The failure of the SIT follows those of its predecessors, and raises questions about whether authorities are genuinely committed to deliver justice,” said Sanam Sutirath Wazir, Senior Campaigner at Amnesty International India. “Until those responsible are punished, there will be no closure for the victims of 1984.”

57-year-old Darshan Kaur, whose husband was killed in the massacre, told Amnesty International India, “We have been advised to forget the past and build our future. For a moment put yourself in our shoes. Is it possible to forget the past? Never. For us Justice is the only way forward. Nothing less will do.”

At least 3,000 Sikh men, women and children were killed, mainly in Delhi, in 1984 over the course of four days of killing and looting that followed the assassination of Prime Minister Indira Gandhi. Yet only a tiny fraction of those responsible have been brought to justice.

The Delhi Police closed investigations into hundreds of cases after the massacres, citing lack of evidence. Only a handful of police personnel charged with neglecting their duty and offering protection to the attackers have been punished.

Over 600,000 people have supported Amnesty International India’s campaign seeking justice for the victims and survivors of the 1984 massacre